Arnold Schwarzenegger is suing a Russian robot manufacturer for more than $10 million (£7.7m) for using his likeness and voice on one of its creations, according to TMZ.

The Terminator actor reportedly did not give his permission to Promobot to use his likeness on the robot, which is being used at public events to promote its Android Robo-C.

Complete with Arnie’s hair, realistic looking skin and his recognisable square jawline, the lookalike is being used to show how the company can customise service robots to look like a person of your choice.

However, the legal suit says Schwarzenegger, also a former California governor, is strict about who uses his face for advertising because “such activity diminishes his hard-earned and well-deserved reputation as a major motion picture star”.

He has become the “unwilling face” of the product, lawyers said, according to TMZ.

The Austrian star was allegedly asked to pose for a photo with the robot, which is just a head and shoulders, in St Petersberg in 2019 but he refused.

The suit says after that, Promobot kept using the android, including at the Consumer Technology Association (CES) conference in Las Vegas in January.

Schwarzenegger’s lawyer sent them a cease and desist letter then, demanding them to stop promoting their product with his face.

They allegedly said they would stop using the bot but it was used again at the New York Toy Fair at the end of February, prompting the actor’s lawyers to seek $10m (£7.7m) in compensation.

An injunction blocking Promobot’s use of his face and voice is also being requested, as well as any profits made from the robot and any punitive damages and attorneys’ fees.

.@Schwarzenegger’s creepy robot figure wants to be your friend! Arnold you down to be friends with it? 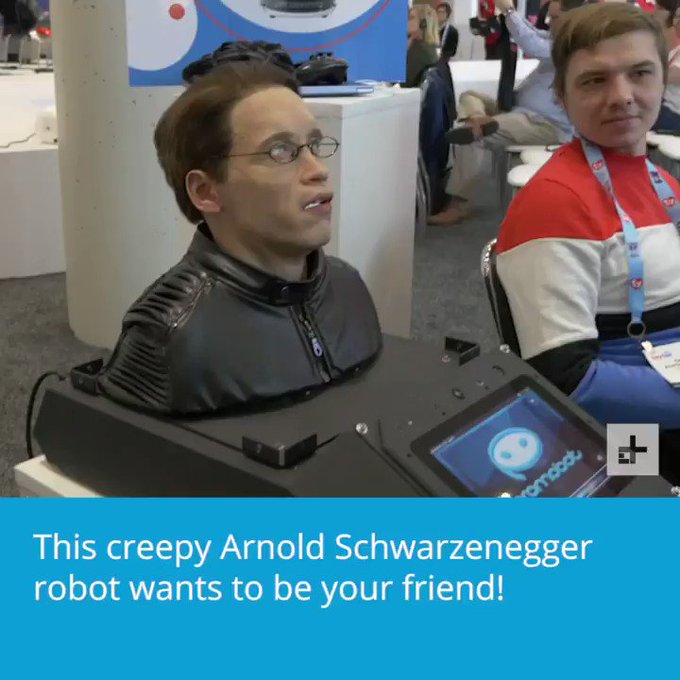 Covid-19; IUIU 31M/= donations shock Govt By Kitts D.Mabonga MBALE The government has been overwhelmed by the new technological innovations

Govt set to flag off exports of smart phones

Ugandans in Europe donate 318 bags of beans to Covid19