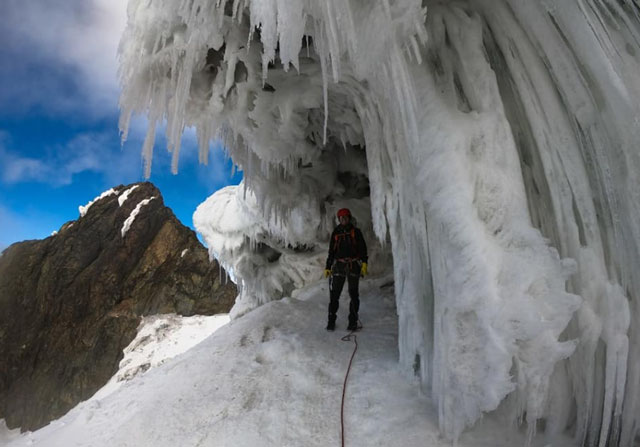 By our reporter
In the last thee weeks, we have seen lots of updates on Rwenzori Mountains on different platforms, and we must give credit to the Mountain Slayers….

The ‘Mountains slayers’  aren’t your usual slay queens and slay kings, but are a group of people – majorly Ugandans –  who are promoting mountain climbing among their fellow citizens.

In the last three weeks, the ‘Mountain slayers’ made history for the Rwenzoris after they took a single group of 26 people at ago for a mountain climbing tour. This was 24 Ugandans, which this had never happened before, plus a German and an American.

Many of you are shocked by the pictures they shared, and many of you can’t believe it’s Uganda. Yes, it’s Uganda!

The Rwenzoris are the highest block of mountains on the African continent and the most ‘technical mountains’ on the continent.
The Rwenzoris are composed majorly of six peaks. The six peaks are Stanley – highest point is 5109m ( Margherita peak), followed by Speke 4890m, followed by Baker 4843m, followed by Gessi 4798m, then Emin 4793 then Luigi Di savoia 4627. All these are higher than mountain Elgon which summits at 4322m high.

The Rwenzoris have a vegetation that is unique to Equatorial Alpine Africa. It probably has plants and animals that are endemic to it as a mountain.

This cannot be compared to Kilimanjaro, for example, that is a ‘walking mountain’ with one single standing peak called the Kibo.

In terms of single peak, Kibo ( Kilimanjaro) is the highest, followed by Mountain Kenya then the Rwenzoris. One can take about five days to and from the other peaks – not the Rwenzoris, that are a different ball game.

In terms of business, the Rwenzoris can beat Kilimanjaro if we positioned it well because of its beauty, it’s challenge, it’s size, many peaks and many other advantages.

Kilimanjaro gets about 65,000 climbers a year and the Rwenzoris get less than 2,000 foreigners a year – plus another 2,000 Ugandans who all don’t summit it.