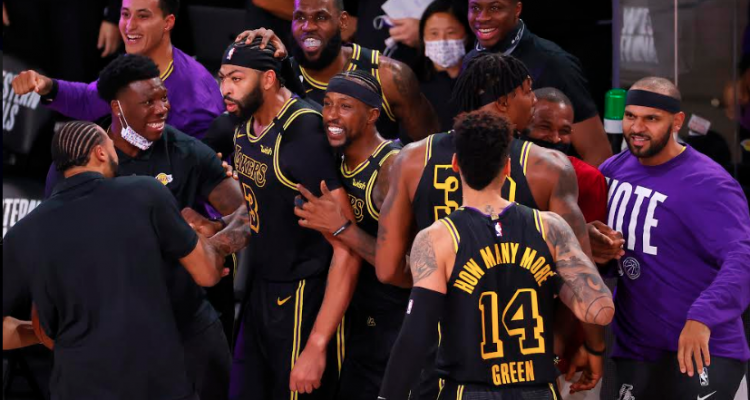 Anthony Davis’ shot at the buzzer in Game 2 of the NBA’s Western Conference Finals last night gave the Los Angeles Lakers a 2-0 series lead over the Denver Nuggets.Lakers point guard, Rajon Rondo had the assist on the game-winner and Rondo gave “The Brow” a huge compliment.“He’s arguably the best scorer in our game,” he said.

Davis hit the shot over Nuggets big man, Nikola Jokic and during his post-game interview, Jokic stated: “They have AD who is probably the best scorer in the league.”

Davis was traded from the New Orleans Pelicans to the Lakers in a blockbuster trade last summer.

A native of Chicago, Illinois, Davis, 27, was the first overall pick in the 2012 NBA Draft out of Kentucky. While at Kentucky, he won a National Championship under head coach John Calipari. He also won an Olympic gold medal with Team U.S.A. Basketball under head coach Mike Krzyzewski. The next natural progression is for Davis’ to win an NBA Championship with Lakers teammates LeBron James, Dwight Howard, and Kyle Kuzma. “This is the year,” Anthony Davis told NBA Insider, Brandon ‘Scoop B’ Robinson.

“That’s the main goal. That’s our goal and we are going to come in with the mindset that we’re all thinking.”

Davis and the Lakers resume play on Tuesday in Game 3 against the Nuggets.

On the NBA’s Eastern Conference side of things, the Miami Heat who are led by their stars Jimmy Butler and Bam Adebayo, hold a 2-1 lead over the Boston Celtics in the Eastern Conference Finals. Guided by stars, Jayson Tatum, Jaylen Brown, and Kemba Walker, the Celtics won Game 3 in a convincing fashion with a 117-106 victory. Jaylen Brown scored 26 points, seven rebounds, and five assists. Tatum had a 25 point, 14 rebounds, and eight assist outing. Walker had 21 points and six assists and Marcus Smart chipped in with 20 points, four rebounds, and six assists. The Heat and Celtics resume play in Game 4 action on Wednesday.

The predicted score by the pros at Sports Betting Dime, gives the edge to the Celtics by about 3 points.

ABOVE ; THE   FRATERNITY  OF FUE POSING FOR A MEMORABLE GROUP PICTURE. FUE  holds 41st ,Calls hard work among employees

Govt should invest in sports as a profession