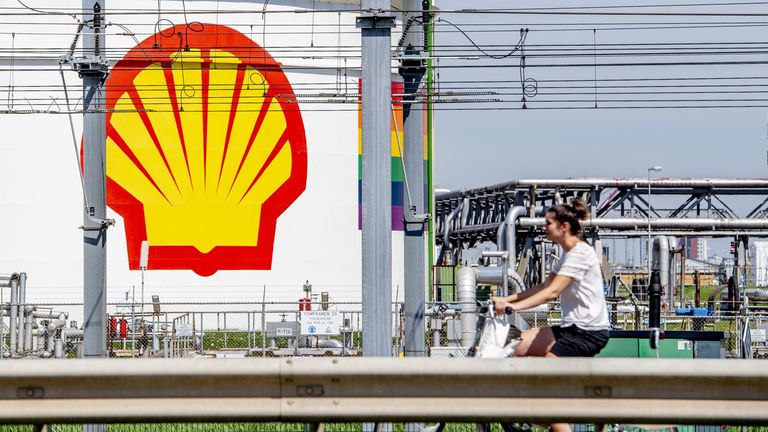 Oil giant Royal Dutch Shell has announced plans to cut up to 9,000 jobs as part of a cost-cutting shake-up.

The restructuring is part of the company’s efforts to adapt to a low-carbon future and becoming more “streamlined” with the severe impact of COVID-19 – which caused a slump in demand for oil and a collapse in prices – also a factor.Shell, which had 83,000 employees at the end of 2019, said that the reorganisation will lead to annual savings of up to $2.5bn (£1.9bn) by 2022.

The company would not give a breakdown of how its workforce in different countries would be affected.

Chief executive Ben van Beurden said it was aiming to become a “simpler, more streamlined, more competitive organisation that is more nimble and able to respond to customers”.

He said cost-cutting could include areas such as travel, use of contractors and virtual working, and that the pandemic had shown the company can adapt to working in new ways, but stressed that “a large part of the cost saving for Shell will come from having fewer people”.

The restructuring comes after rival BP in June revealed a shake-up which will see 10,000 jobs go globally, including 2,000 in the UK.

In May, Shell cut its dividend for the first time since the Second World War in the wake of the coronavirus crisis.

Its shake-up plan today was announced alongside a trading update which showed lower oil production in the third quarter due to the pandemic as well as hurricanes in the Gulf of Mexico which have cut output by up to 70,000 barrels a day.

However, there was a recovery in fuel sales from lows hit in the previous quarter as some countries began to emerge from lockdown measures.

Shell, which took a $16.8bn accounting hit in the March-June period due to the slump in output, said it would face another impairment charge for the current quarter, of $1bn-$1.5bn.

The company said earlier this year that it was aiming to become a net-zero emissions energy business by 2050.

Setting out its restructuring plans, Mr van Beurden said: “If we want to get there, if we want to succeed as an integral part of a society heading towards net-zero (carbon) emissions, now is the time to accelerate.”

Shell is looking at ways to cut spending on oil and gas production and the latest shake-up will see it reduce its number of refineries to less than 10 from 17 currently – down from 55 in 2005.